Canadian mountain resort Whistler Blackcomb is located in the Coast Mountains of British Columbia, just 125 kilometres north of Vancouver. Not only has this destination been named SKI Magazine’s No. 1 resort in North America for the fourth time in 5 years but Whistler Blackcomb was also the official alpine skiing venue for the 2010 Olympic and Paralympic Winter Games. The largest ski resort in North America with over 8,171 acres and one of the snowiest with 38.2 feet of powder annually. With its dual mountain offering connecting by the marvellous Peak2Peak Gondola, Whistler Blackcomb is a true skier and snowboarder’s dream come true.  The huge, wide-open, and varied terrain of these mountains is ideal for skiers of all levels including families, children and those who are new to the sport.

Whistler is in British Columbia, Canada just 2 hours from Vancouver. It's very easy to access with just one flight required from Sydney, Melbourne or Brisbane, directly to Vancouver from where you can take a frequent and comfortable shuttle to your accommodation in Whistler. Nearby resorts include Sun Peaks and Big White.

After a day on the slopes the fun does not have to end because the resort offers a multitude of excellent restaurants, bars and of course excellent nightlife. A wide range of accommodation is available throughout the Whistler area, with three distinct base villages, namely Whistler, Blackcomb and Creekside. Most accommodation (as well as shops, restaurants and nightlife) can be found in Whistler Village including hotels such as Crystal Lodge, The Hilton Whistler Resort and Spa and the Whistler Peak Lodge. Blackcomb offers excellent ski in ski out access and Creekside is great for families wanting a quieter location with easy access to the lifts! Whistler is located just 2 hours from Vancouver, a major international gateway and a popular destination for a stopover on the way. 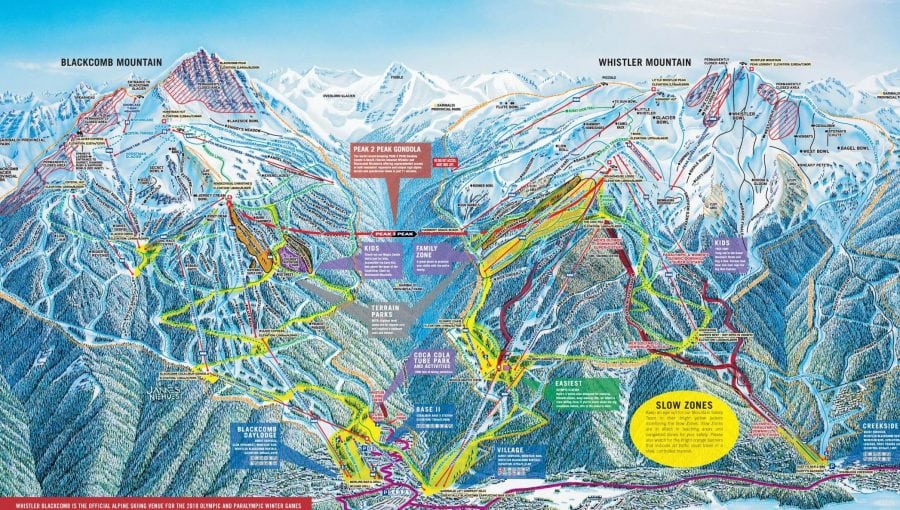 Melissa
Just quick note to say Whistler Peak Lodge was great. Clean, not particularly noisy (It’s a busy party resort after all) and very well located. It is obviously 3* accomodation, I guess built in the 90’s but our room bathroom had been refurbed since then. The general decor was a little tired outside the room, the lifts a bit old, but they had touch card access to doors and lifts, and a spa which was great.
They gave us early access to the room and were very helpful.
We had a great time, decent snow given the late date and everything, from flights to resort connections ran to plan. Great job to your team, thanks. (I’m still battling the bank about my Visa rip off, which I think I’ll lose, but I’m a bit wiser on that score now).
We’d use you guys again and we’d definately go to Whistler again.
Thanks for your help

What makes Summit Lodge stand out from other Whistler hotels is something you’ll discover in the details. Discover what you’re looking for, all in one hotel, at Whistler Village. Book online instantly.

Steps to the ski hill and seconds to shops, pubs, and restaurants, Crystal Lodge is a modern tribute to a rich history in the very center of Whistler Village. From single guest rooms to spacious loft suites, to a three-bedroom penthouse with sweeping panoramic views, the perfect room for every Whistler stay. After a day spent on the slopes or the trails, in the shops or the pub, the heated outdoor pool, hot tub, and ski valet service at The Crystal are exactly what you want to come home to.

Be wowed by the stunning village or mountain views from this well-appointed, all-suite property that is located steps to both Blackcomb Excalibur and Whistler Village gondolas. Book a Mountain View suite and check out the lift line-ups from the comfort of your suite!

Inspired by traditional ski lodges from around the world, surrounded by mountains and luscious forest, let the Tantalus Lodge be your hosts during your next visit to Whistler BC Canada.

Located near the slopes and in the center of the festive Whistler Village, the Blackcomb Lodge offers an unparalled location paired with a comfortable and friendly lodging experience.

Few places in the world offer more breathtaking grandeur, scenic beauty, attractions and charms than Whistler resort. The Whistler Cascade Lodge is ideally located in the midst of it all and delivers it all to each guest's door.

Town Plaza provides the very best Whistler accommodation rentals in the village during all seasons, You can choose from 1 Bedroom and 2 Bedroom units at Town Plaza.

Convenient location and superb value makes this 3-story condominium lodge a popular choice, with suites located on the upper floors and village shops and restaurants underneath. Mountain ski lifts and the Telus Conference Centre is within 350 metres walking distance.

Aspens on Blackcomb is nestled slope-side on Blackcomb Mountain (Whistler, BC Canada) for the ultimate in ski-in/ski-out convenience. Large one and two bedroom suites offer all the comforts of home, including full kitchens, balconies, complimentary wireless Internet access and fireplaces in every suite.

Stoney Creek is located within steps of the village center and within easy walking distance to the slopes. Comprised of three complexes, The Lagoons, Sunpath and Northstar, you can enjoy a spectacular village location with access to all Whistler/Blackcomb have to offer.

Whistler Peak Lodge is a 115-room boutique property nestled beneath the peaks of Whistler and Blackcomb and in the centre of Whistler Village’s upscale restaurants, shops and galleries. Well-appointed guestrooms offer a comfortable and spacious getaway with all suites ranging from 400 – 700 square feet.

Whether you’re an adventure-seeker or just in need of a relaxing mountain holiday, your search for an extra cozy bed in a contemporary guest room is over. The Aava Whistler Hotel boasts 192 guest rooms with a casual and authentic atmosphere and all of the extras that make your stay with us extraordinary.

Whistler’s grand chateau, the landmark Fairmont Chateau Whistler resort features ski-in/ski-out access, a luxurious spa, slopeside terraces and renowned dining for a complete ski holiday experience. Located adjacent to the Blackcomb Daylodge, nestled right at the base of Blackcomb Mountain’s slopes. When you are not our carving up the slopes, relax in the indoor or outdoor pool, hot tubs and sauna.

Hilton Whistler Resort & Spa’s spacious and well-appointed guest rooms are designed with mountain style elegance and incorporate many natural elements into its design, including indigenous art from the Sea-to-Sky corridor. Many of the rooms offer jetted soaker tubs and fully equipped kitchens with full-size fridges, microwaves, and stove tops.